I received my miniatures. They are superbly crafted. I have been purchasing Rackham miniatures, in the stores I frequent. I must say that the quality of the miniatures you folks just sent me is superior to any miniature I have seen.

All miniatures are 28mm Heroic Gaming Scale unless otherwise noted, come unpainted, and may require minor assembly. The painted miniature examples are for inspiration only.

From time to time I like to honor the talented folks I have the privilege to collaborate with by immortalizing them (or their pets) in pewter and making them part of the Dark Sword line. Next up was Alison Jubilee Liu. I have known Ali since the very beginning as she was a big supporter of the Dark Sword line and a tenacious painting competition contender every year at Gen Con Indy. Ali of course wanted to be a fae folk with winged cats for her tribute mini. The hugely talented TALIN did the tribute artwork for this piece.

Please note – this tribute diorama is a little more complex to assemble than our typical miniature that might need an arm or head attached. Please scroll down to the bottom of the page for assembly instructions from the sculptor. 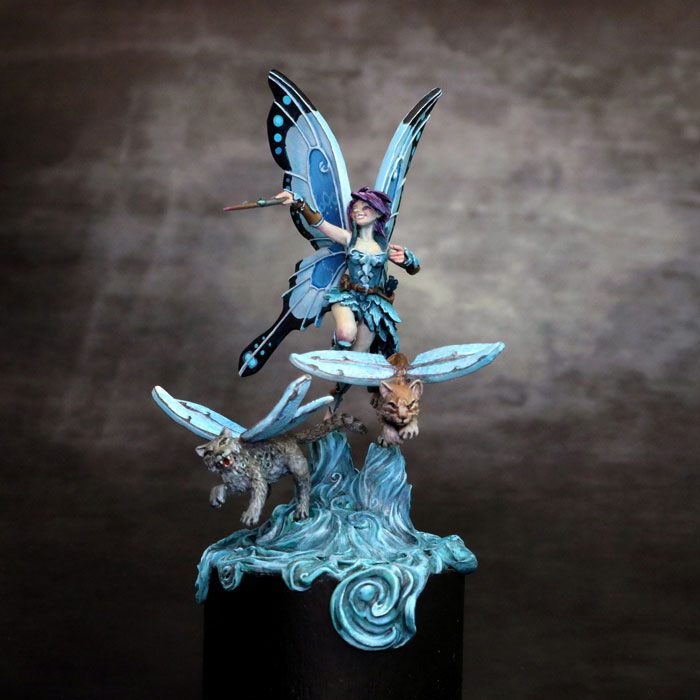 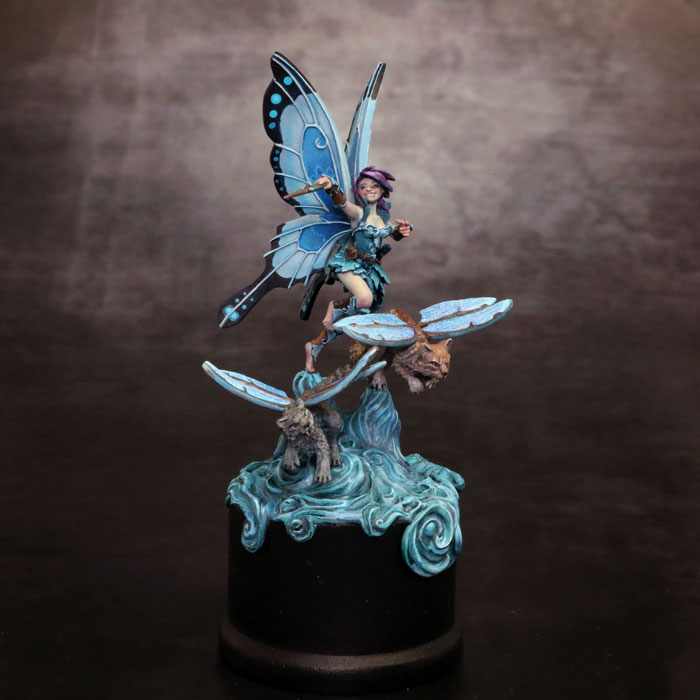 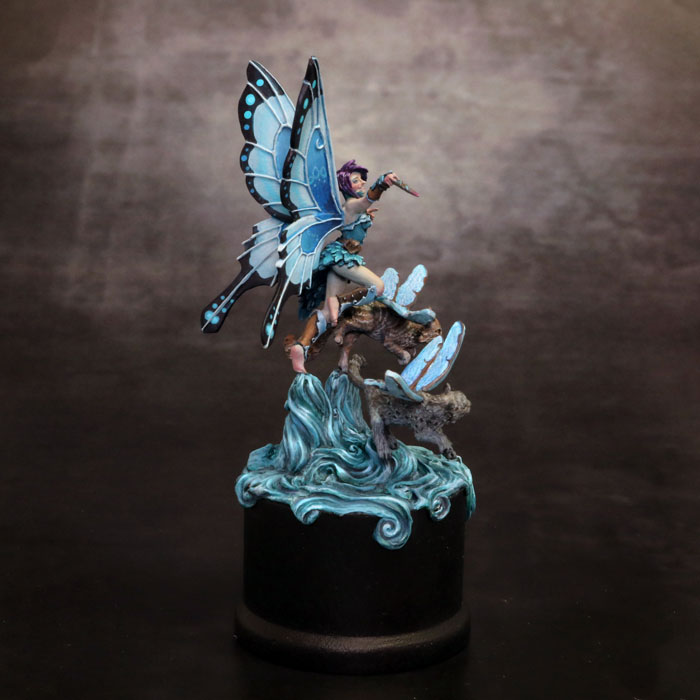 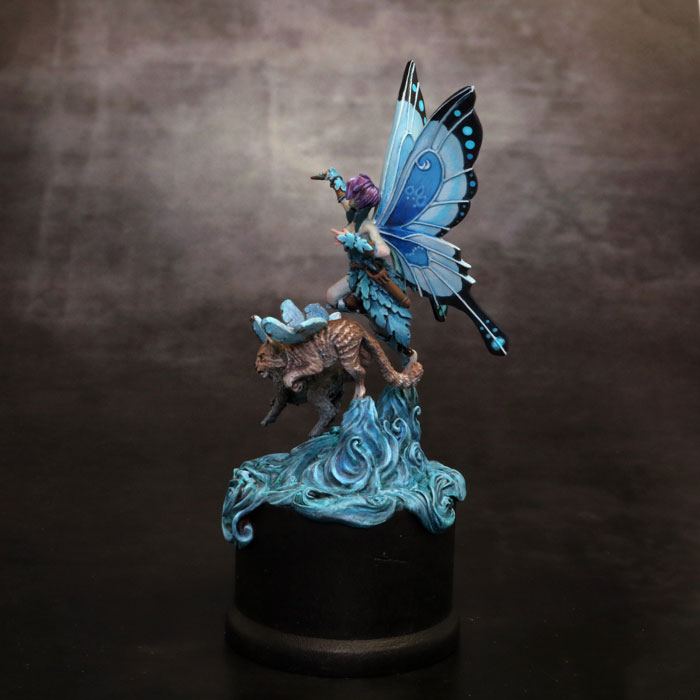 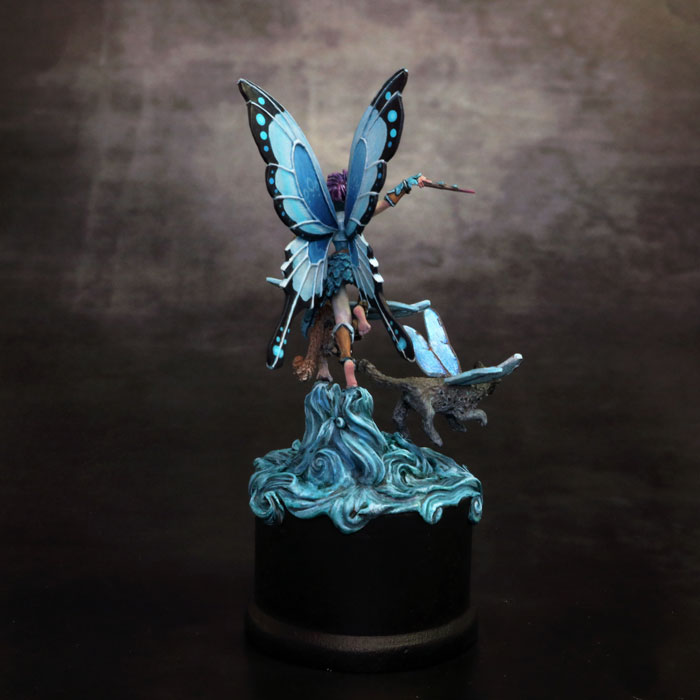 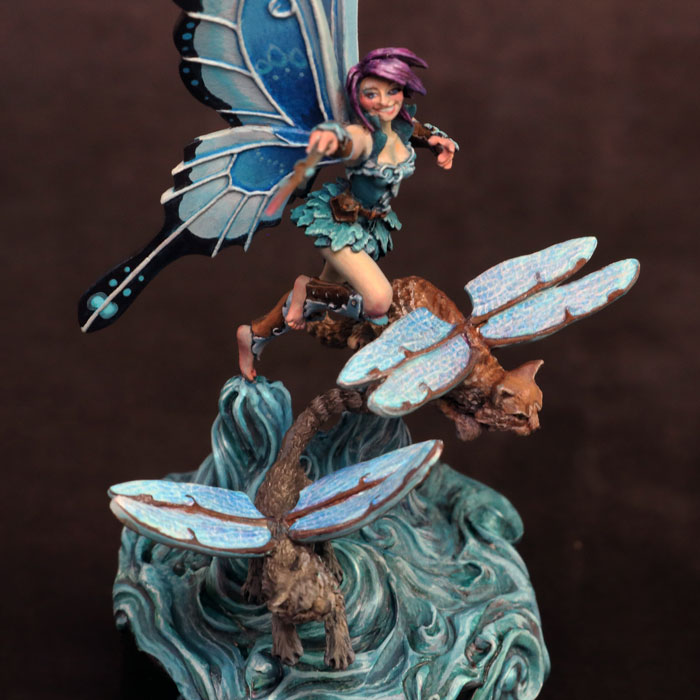 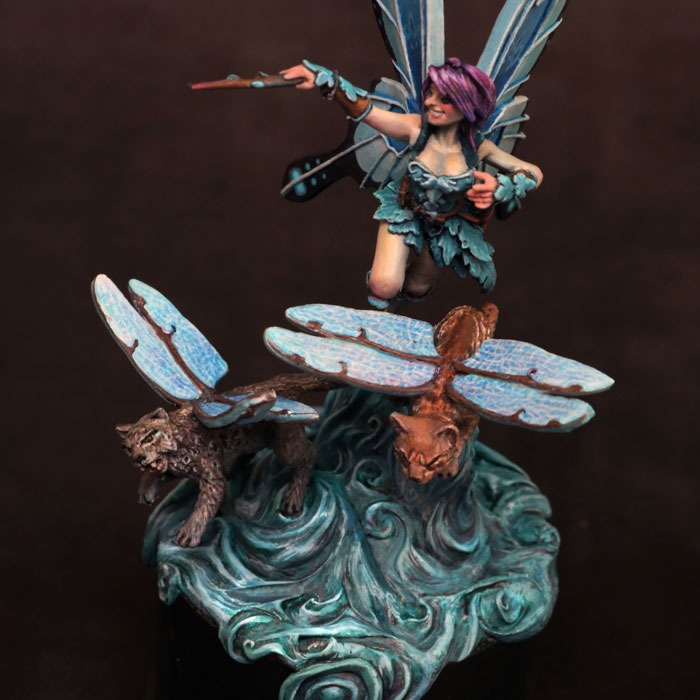 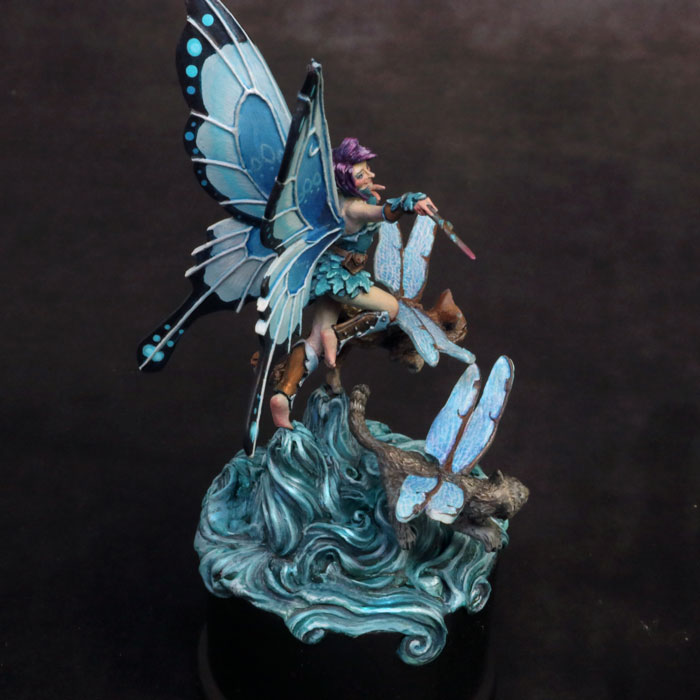 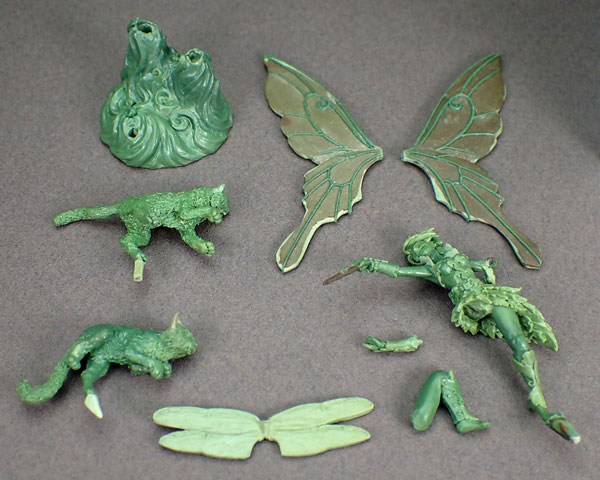 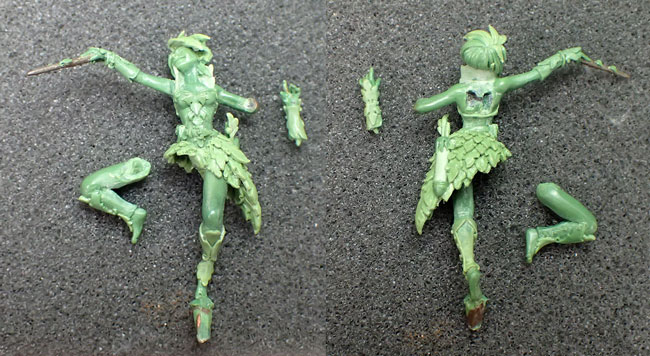 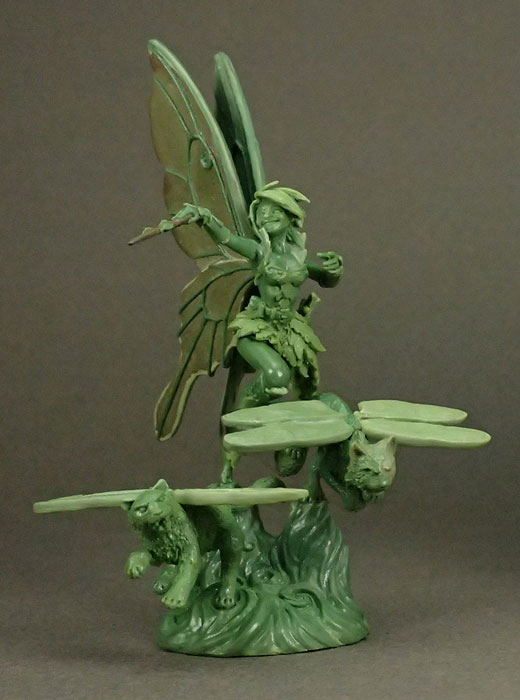 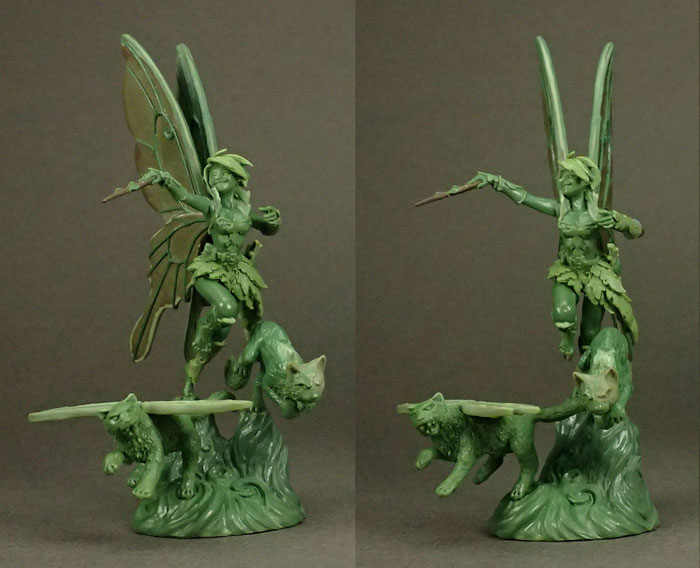 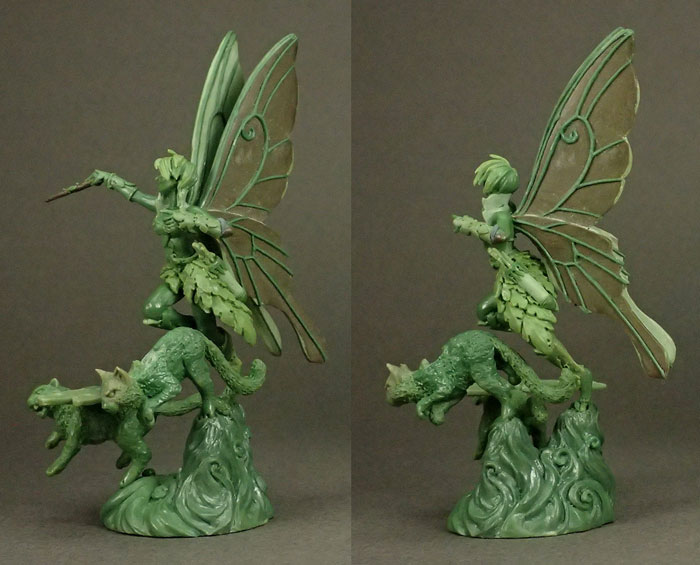 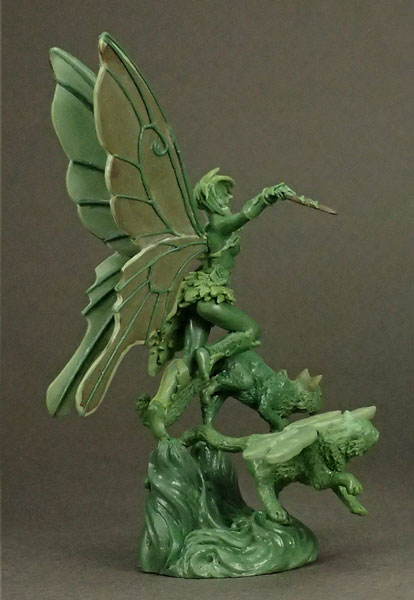 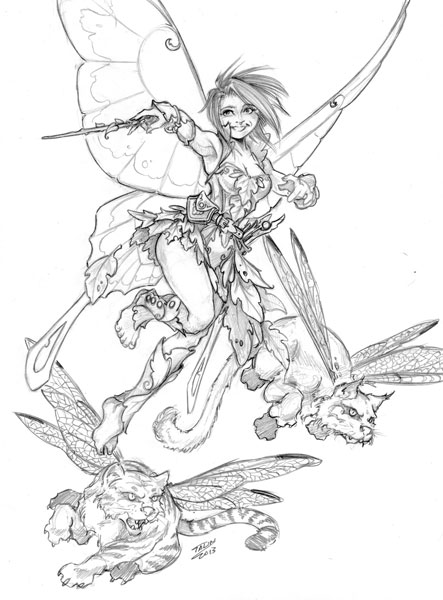 Notes from Derek Schubert on Assembly: I made every joint unique and here are some extra words about the parts:

Assembling Ali:
– Ali’s right leg has a short triangular-pyramid peg and should be raised high, as if pushing up the front of her leaf-skirt.
– Ali’s left forearm has a round peg that fits into the hole at the elbow, and a concave curved surface that sits against her upper arm, so her thumb is nearly touching her collar. This is the joint with the smallest surface area, but it should be secure with just glue. If you want a stronger connection, you can drill deeper into the elbow and set a small pin.